MDS Monday 100th Challenge - from the West to the East

(NOTE:  This is a double page challenge)

I had time this week and decided to do another MDS Monday's sketch challenge for #100.  This time I used some of the pictures that Ashley and I took in 2006 on one of our cross country trips.  She finished her Residency at Fort Lewis in Washington state and the Army sent her to Washington DC.  So we packed the car, grabbed her cat, Taco, and headed east!  (And a few months later, Sonny and I took almost the same route as we moved from Washington state to North Carolina.)  Three years earlier, she and I had made the trip from Texas to Washington (and Sonny and I followed about six months later.)  And in another three years, she would be leaving DC, headed back to Texas and of course, I made that trip with her also!  So in six years, we hit the majority of the states in our cross country journeys. Now we just have to do the middle states (but hopefully, for fun and no more moving!!)

For this challenge, I used a Double Page Sketch from last December.  (Check out my previous sketch here when I was a guest designer.) 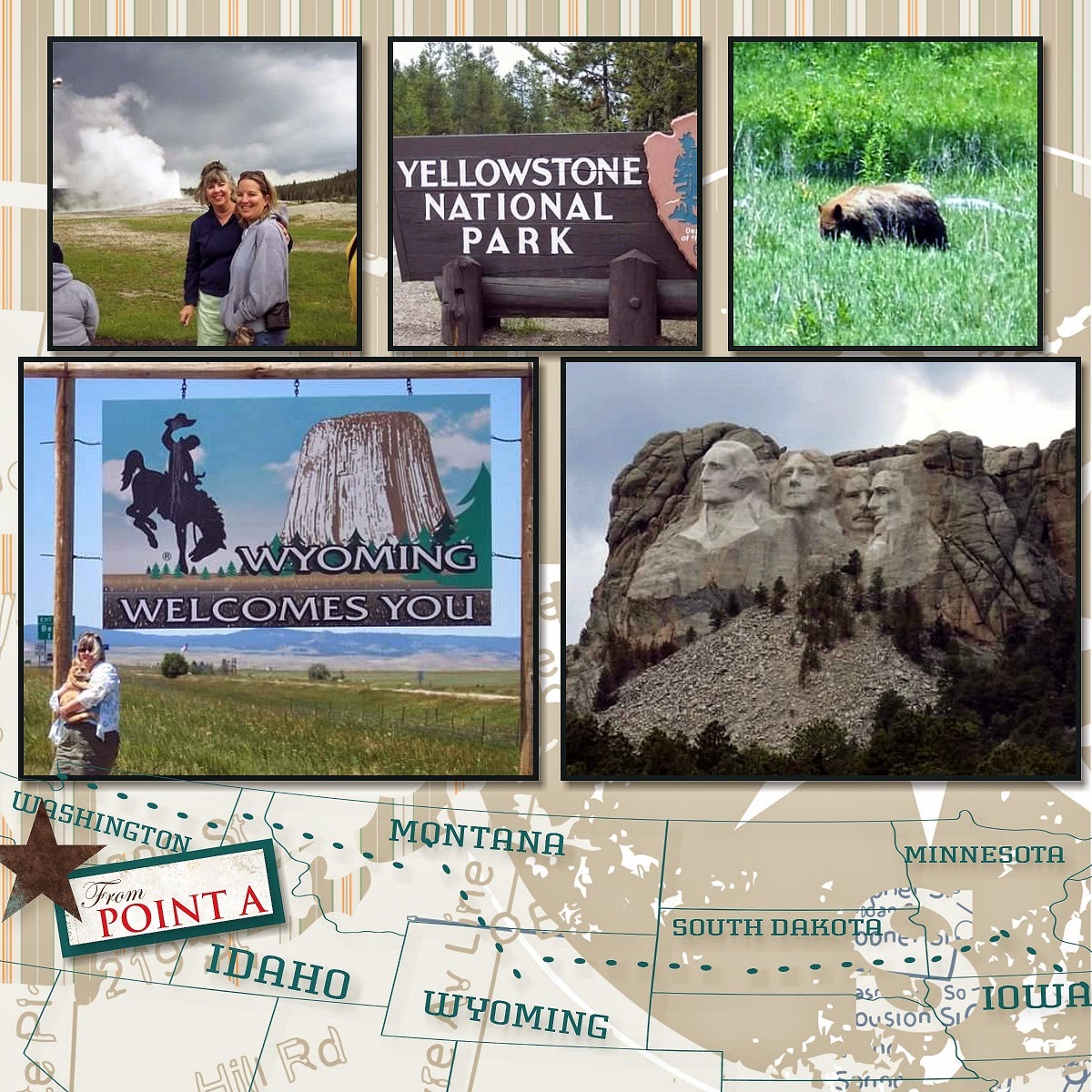 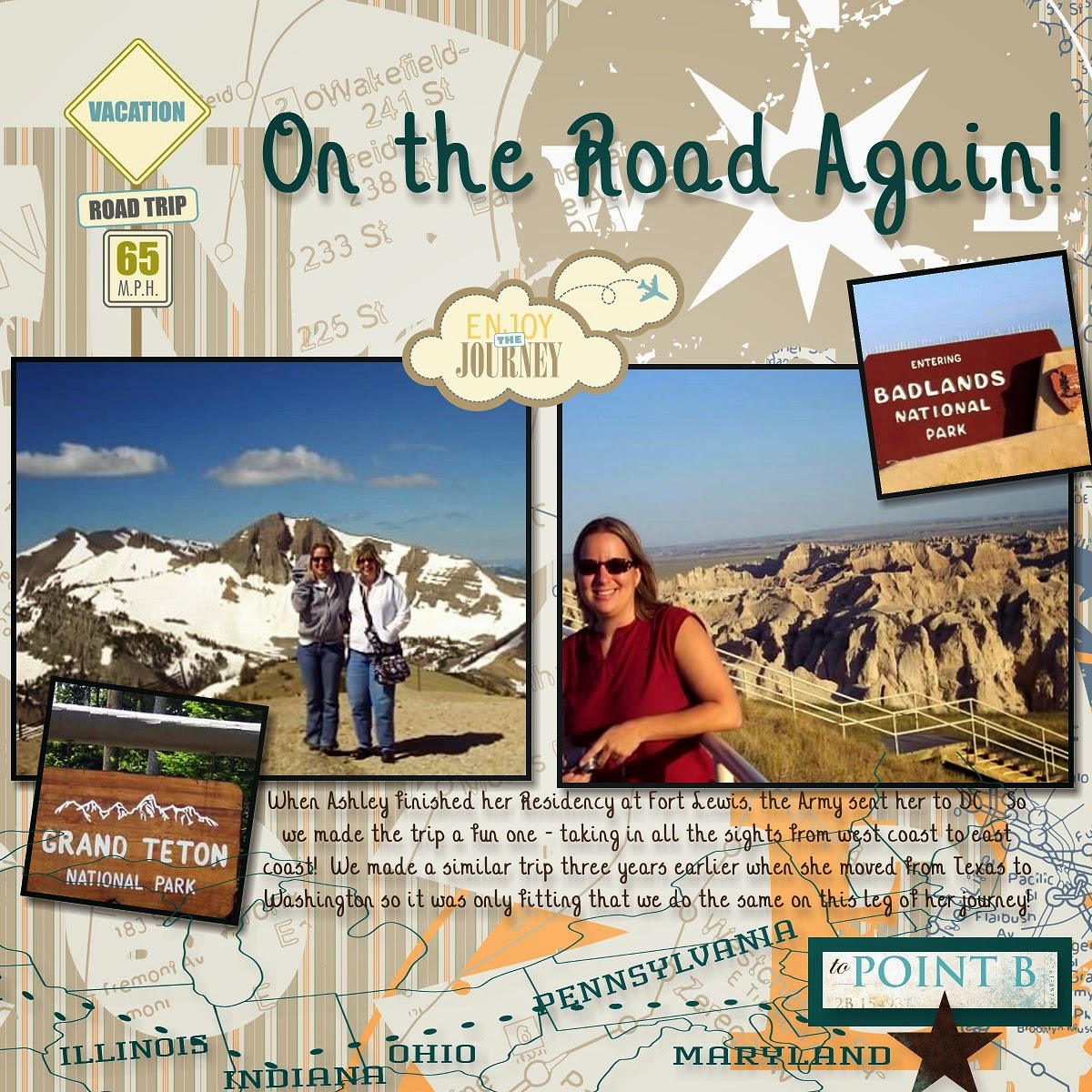 I wish my blog page was wider so I could put the two pages side by side so you could see how the map goes from page to page.

I used stamps and papers from various travel kits - World Traveler and Travel Journal.  I also recently downloaded the kit, Nifty Fifty which features the map of the US plus individual state outlines as a stamp and as punches!  I just did not have room to put all the states (or unfortunately, all the pictures) that we visited on this page!!  I used the dotted line from Compilation of Recipes to chart our journal from the west coast to the east coast.

This was such a fun page to make and brought back so many happy memories which is what scrapbooking is all about!!

Here is the sketch I used for this page. 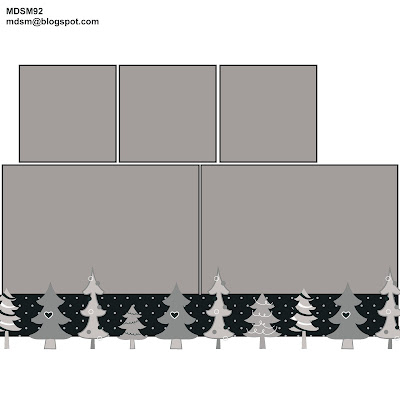 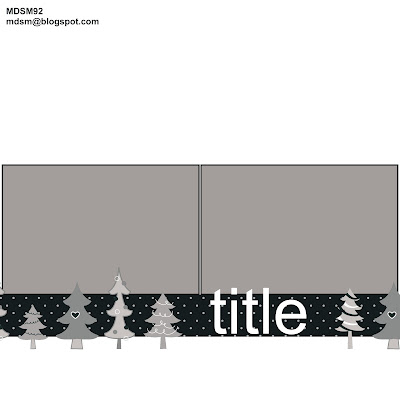 There is a Blog Hop on the website for MDS Monday that you can follow along to see the designer's sketches HERE.

It's Wednesday, so that means it's time for another sketch challenge from the Stampin' Queens.  One of the things that I love about these sketch challenges, is how versatile the sketches are. Here is this weeks sketch: 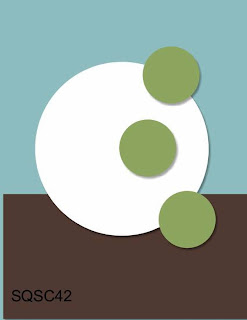 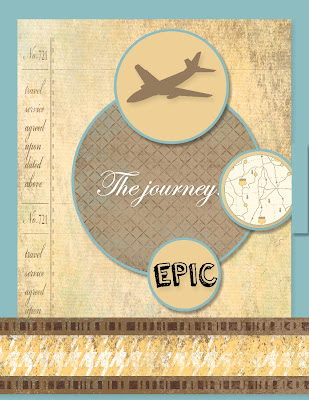 I decided to do a card about traveling in honor of my recent Alaska trip.  I used the May 22 download, World Traveler to make this digital card.  I finally got it to download today by turning off my Norton security options.  It wasn't SU's fault - turns out, it was Norton that was blocking it and deleting it since it was a new and quite large download.   So, now can get started scrapbooking my pictues.

The elements I used with this card are:

Here are the first few pages of my scrapbook that I have done so far. 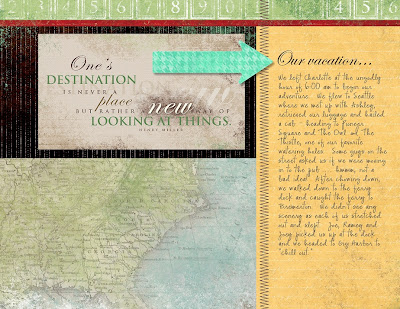 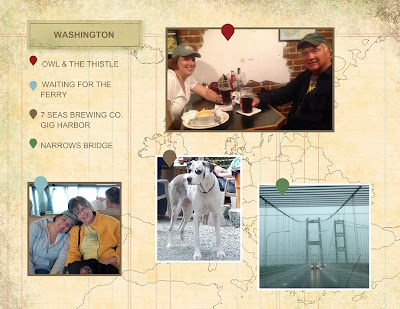 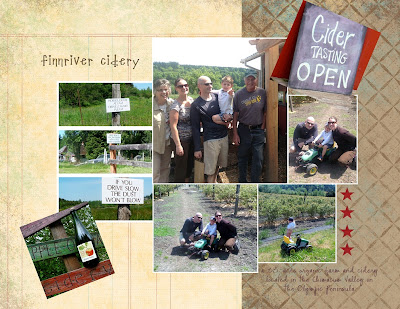