In remembrance of 9/11, I thought I'd post some pictures from my visit to the 9-11 Memorial last November. 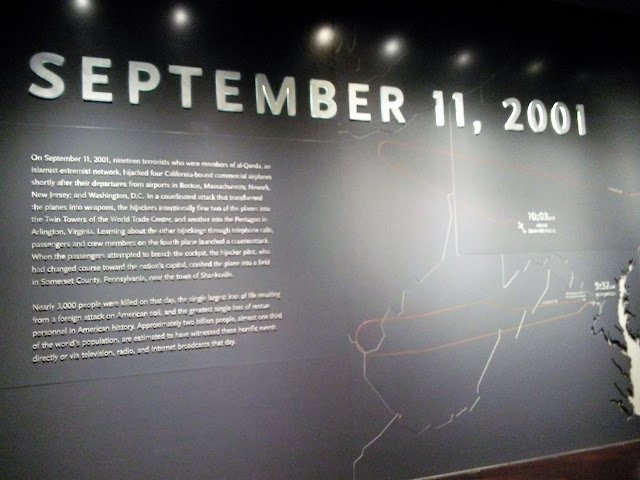 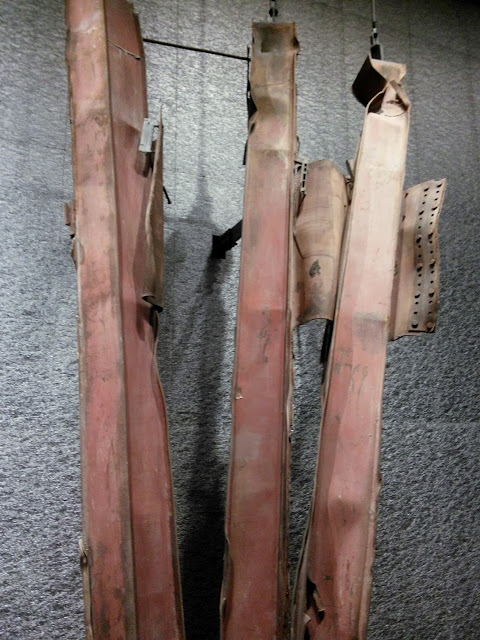 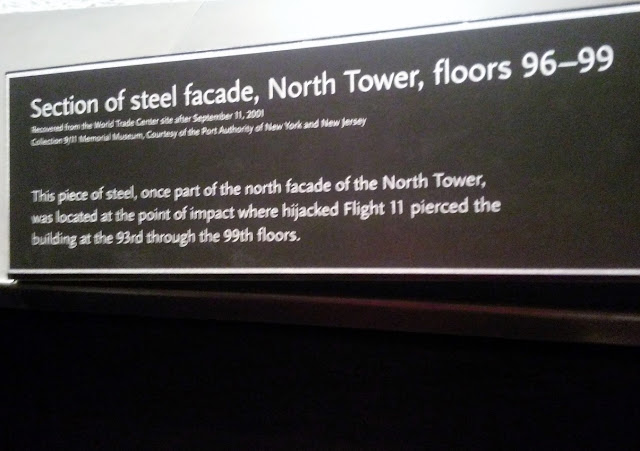 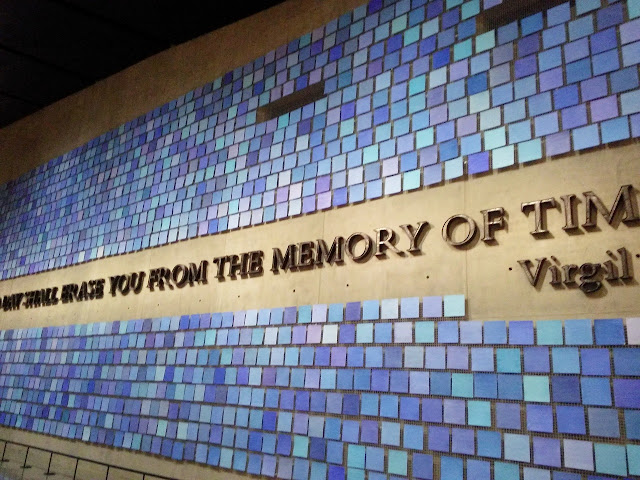 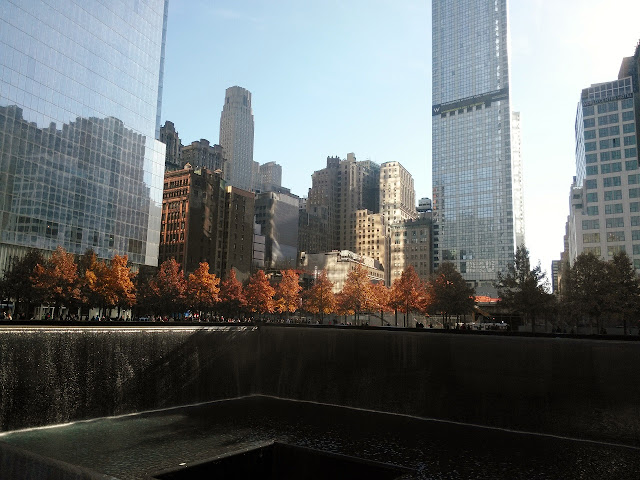 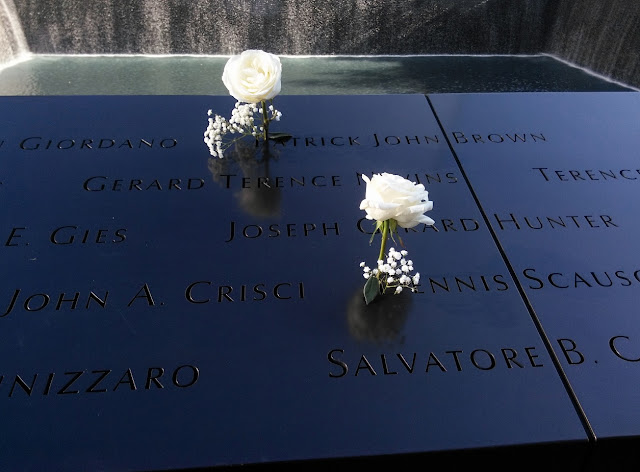 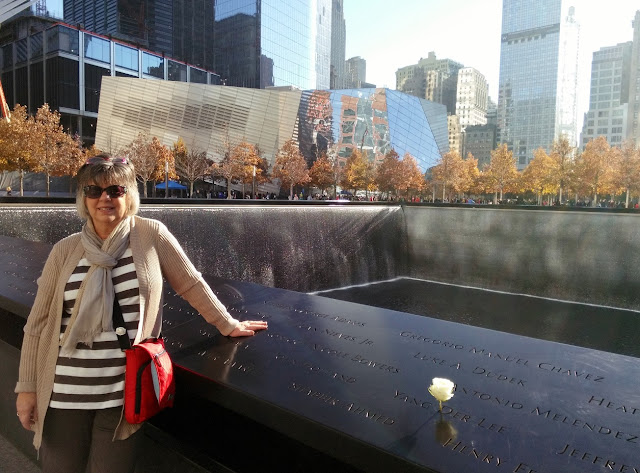 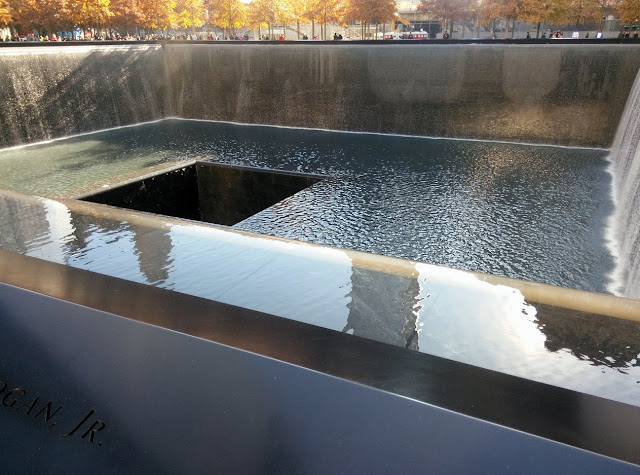 Our lives changed forever on the morning of September 11, 2001.  So many people were impacted by those terrorist attacks, whether they had a friend or loved one in the Twin Towers of the World Trade Center, or in the Pentagon, or on Flight 93 which made a crash-landing on the fields near Shanksville, PA. Twelve years later or a hundred years later, we will never forget the 2,997 people who lost their lives that day, and we will never forget the changes that have impacted the United States and the world since that fateful day.  Since September 11, 2011, countless troops have died in Iraq, Afghanistan, and other war zones around the world.

Who doesn’t remember where they were when they heard America was under attack? Or when they first saw the footage of the planes flying into the twin towers? We were shocked, confused, vulnerable, and eventually angry. No longer isolated to other parts of the world, terrorism brought itself to our front door. As a nation, we were changed. In the face of such an atrocious act of violence our core beliefs are challenged in ways we perhaps never imagined.

I was living in Grapevine, Texas at the time of the attacks.  I don't usually turn on the TV in the morning when I am getting ready to go somewhere but for some reason I had turned it on that morning as I was getting dressed.  I didn't realize at the time how horrific an attack it was.  I was headed out to meet friends for coffee.  What a somber time as we all watched the news on TV at the coffee shop and were all calling our family and friends around the world.  I immediately got on the phone to call my family.  Ashley was in medical school in San Antonio and Jeff was in Georgia at an Army base.  He had just graduated from West Point in May.  They were both safe but oh how I wished I could hold them at that moment.  I ended up going back home to be with Sonny and could not stop watching the news reports for weeks.

How has 9/11 changed you?  Think of all the things in our lives that have changed since the attack - for me, both my children had to go to Iraq and be a part of a war that it seems will never end.  Also, think of the hassel we all have to deal with now when we want to travel.  I found this video andthought it was really good.  I hope you will enjoy it as well.

I also made a card in remembrance of that day using My Digital Studio. 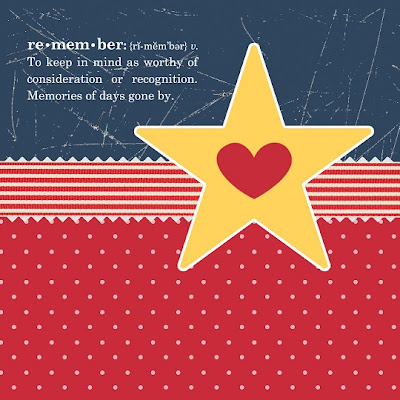 Email ThisBlogThis!Share to TwitterShare to FacebookShare to Pinterest
Labels: 9-11, My Digital Studio 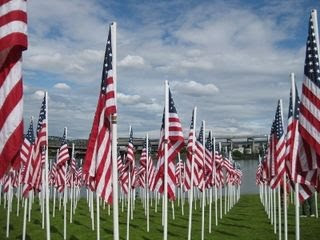 I hope you will all take a minute today to remember those who lost their life 9 years ago.  This is a great country with wonderful opportunities and FREEDOM!
I love comments! Sharon at 9/11/2010 No comments: Links to this post