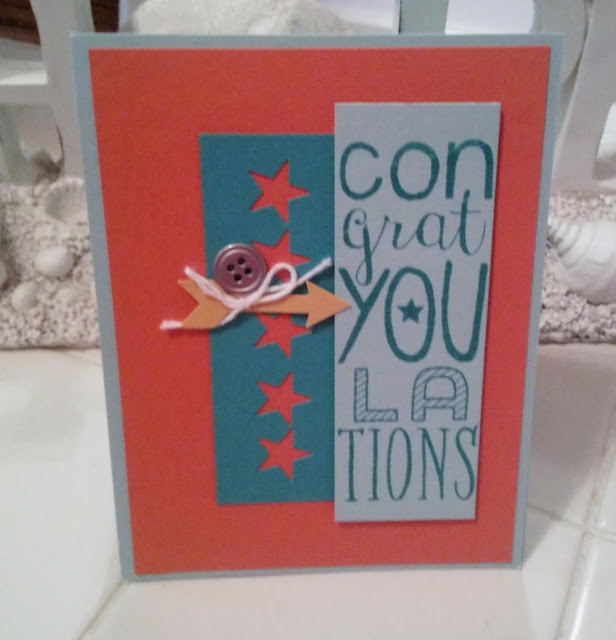 Another Congratulations card that I sent to Ashley in her packet.  I made it for her promotion to LT. Col but she forwarded us an email she got that is another "feather in her cap."  She just continues to amaze us.  Here is the gist of the email - "Through a process involving your consultants, GME leadership and/or research institution leadership, you have been recognized as a star within the Medical Corps in the areas of clinical care, academics/scholarship and/or research.  Less than 7% of the Medical Corps' Officers were submitted to be included on this list. "

She called us Saturday night and told us about the ceremony they had for her promotion,  She said it was really nice.  They held the promotion ceremony on the flight deck of the ship.  The chaplain from New Zealand opened the ceremony with a prayer; the medical lead introduced her and the commodore of the ship administered the oath of office.  The audience included Army, Navy and Air Force as well as military members from Australia, New Zealand and France! 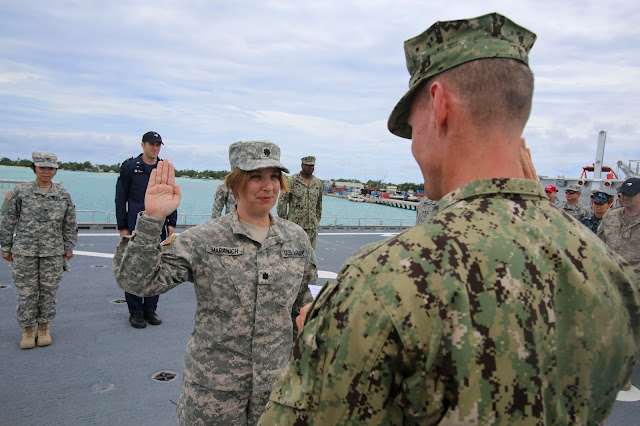 Wow is it HOT here!  100 degrees today.  I played bridge and my car was really hot when I started home.  It never cooled off (with the A/C on high) all the way home.

Sonny is doing great.  He has gotten the pain pills down to 1-2 a day and is just using a cane to get around.  He is going out with the guys on Tuesday and is excited about that!!