OK - be kind!  I filmed my first video for my blog!  When I was at convention, one of the break-out classes had to do with video taping.  Katie Adams was one of the presenters and she showed us the video mount that she had made using PVC pipe.  Well, my engineer husband took one look at it and was off to Lowe's to buy some PVC!  Sometimes he is like a dog with a bone.  So since he had made it, I had to use it!  This video is a bit longer than I wanted it to be but I filmed 3 of them and this was the shortest!  The beginning is a bit slow but I get the hang of it after that!

I love the Watercolor Wishes Kit and so that is what I decided to feature on my first video.  Let me know what you think.


Here are the samples again: 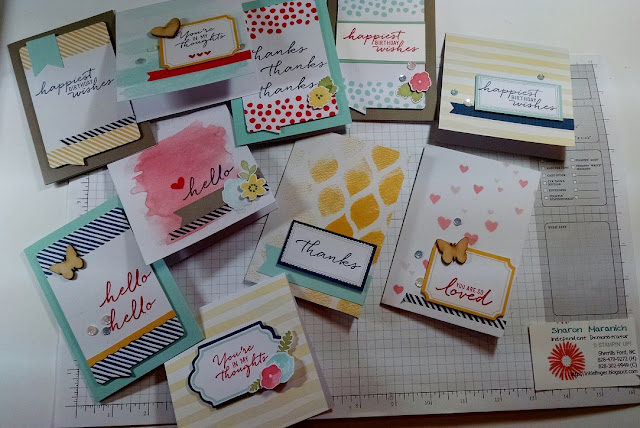 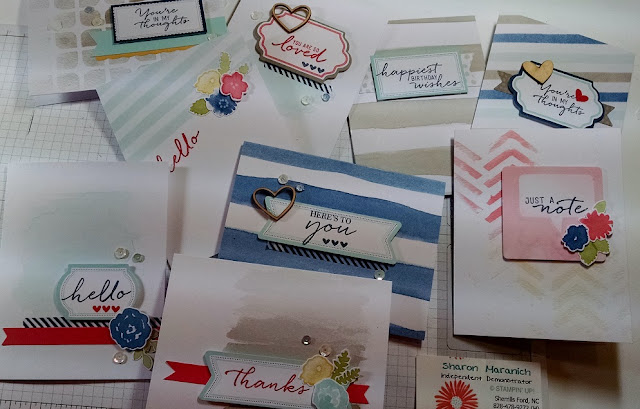 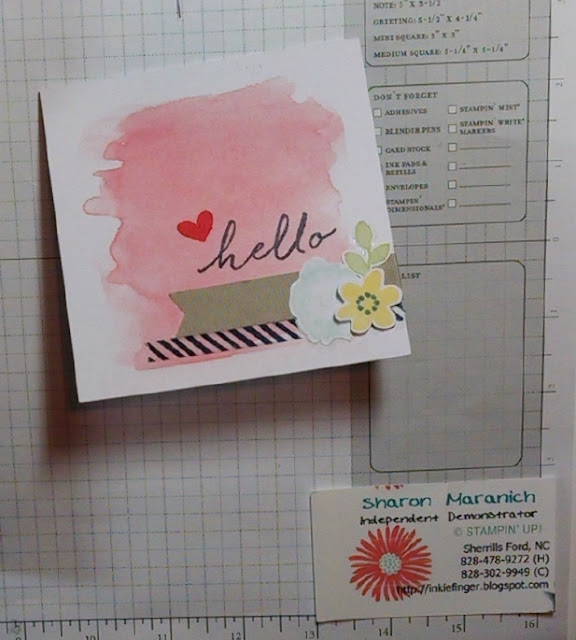