This week we have a fun and easy sketch for the Paper Craft Crew Sketch (#31).    It was a great one to work out with My Digital Studio and the Happy Hour stamp set. 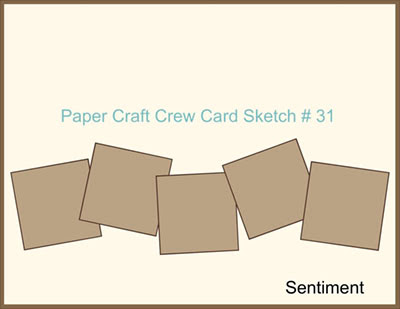 My take on this sketch is in honor of my daughter this week.  She is on her annual Rock Boat Cruise and I'm sure these drinks are being downed by her and her friends.  Too bad I didn't have a picture of a beer bottle - that's more likely what Ashley is downing!  There are all kind of activities on board the ship but here is just one of them - Boozical Chairs (you know, like Musical Chairs!)  You run around in circles, drink a little, run around in more circles, drink a little... well, you get the idea.   After each round, the band will give you a task to complete before you're allowed to sit back down in a chair as they work their way from 100 players to 1.  Ya gotta love being young!! 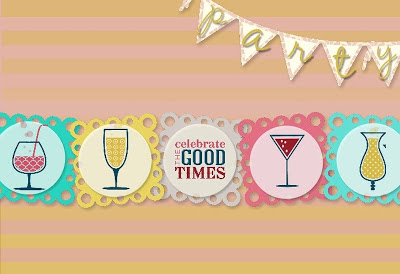 I just got a call from my Mom this morning.  She goes to water aerobics at the Senior Center in downtown Mooresville twice a week.  Since she is legally blind, she has to depend on the bus - ICATS - to take her.  She called  to tell me the bus had taken her to Statesville which is the next town over from her!  She had no clue where she was.  They stopped at the Statesville mall and told her to get out - this was her stop.  She asked them where they were and when they told her, she told them that was not where she was going!  So they've taken her over to the Social Security office (??) and she is waiting for my sister to come get her.  Luckily, Angela had not gone to work or Mom would be waiting for who knows how long for another bus to come get her and take her where she needs to be.  She has been taking this bus for several years.  This makes me so angry!  Not to mention that they arrived at her house about an hour early.  Angela happened to look outside around 7:30 a.m. and the bus was sitting out there.  So Mom had to rush and get ready - no breakfast - to get on a bus that took her 30 miles out of the way.  Guess that's what you get for free public transportation.
I love comments! Sharon at 2/27/2013 No comments: Links to this post