I just have to start off by saying .... GO STEELERS!  What a great game!  Sonny was a doubter going to Big Al's on Saturday to watch the game, but his team pulled through for him.  Of course, he had to do a little clothes alterations for that to happen.  He wore his jersey that we had won a couple of weeks ago to the game.  When we were losing 14-0, he pulled it off to wear the tee shirt he had worn when we won the Super Bowl a couple of years ago.  He had another shirt on under that one - I don't know which one it was - but he was prepared to make another change if he had to!  Yes .... he is superficious when it comes to football!  And then yesterday!!  The Jets beat Tom Brady and his New England Patriots!  That was the icing on the cake.  Now Pittsburgh gets to play the Jets in Pittsburgh!!!
Ashley had a bit of excitement this weekend also although it was not a good type of excitement.  Some soldiers on her base (not in her battalion) were conducting a training exercise with the Iraqi soldiers teaching them how to launch attacks, etc.  One of the Iraqi soldiers opened fire on the US soldiers, killing two and wounding a third.  You can read about it HERE.  It certainly brings the fact that she is over there in the midst of a WAR to front and center.
My Stamp Club starts back this week.  One of the members has requested that we make a coaster calendar so that is what I have been working on.  I plan on putting mine on display but letting them make theirs any way that they want to.  It has been a while since I made one of these calendars.  I tried to make it a little different - by putting the month on one coaster and putting a stamped image on another coaster and putting them together with a 2" piece of ribbon.  But after I finished the whole year, the thing just wouldn't stand up properly and it was more trouble than it was worth.  So, I proceeded to take it all apart and remake it!  Here is the finished product: 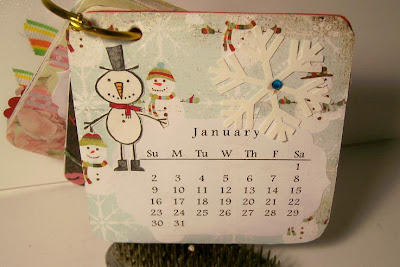 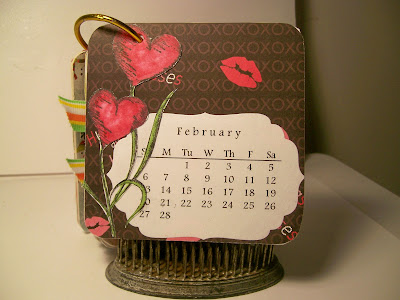 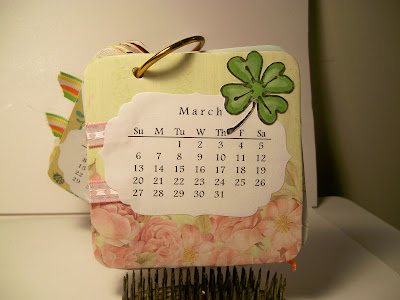 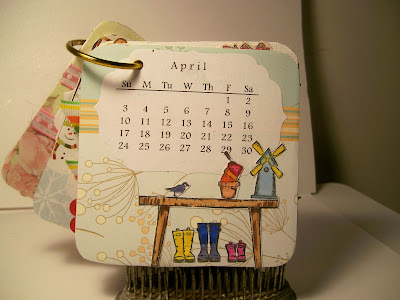 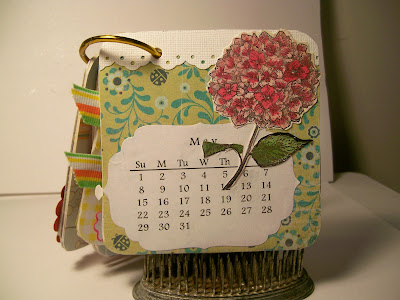 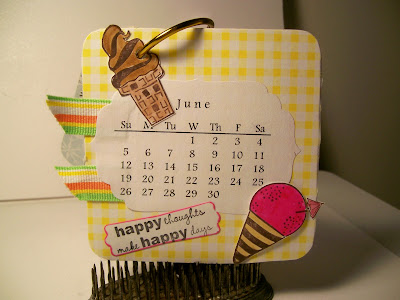 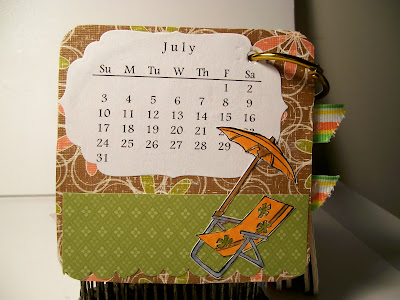 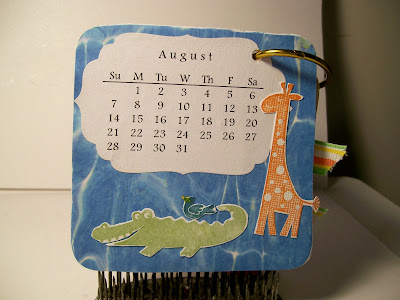 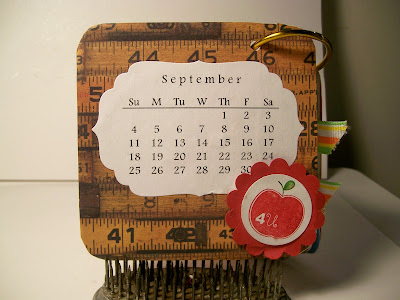 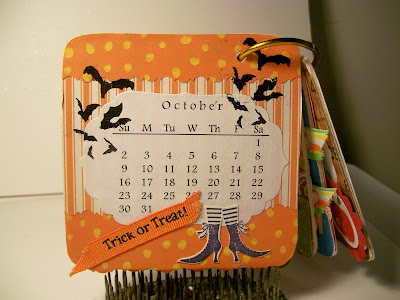 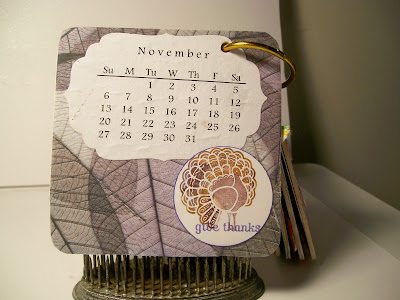 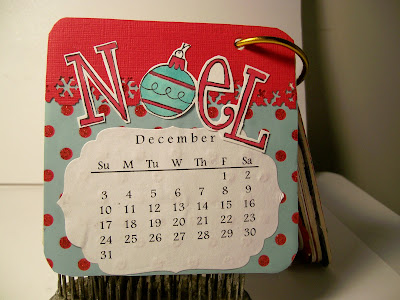