Stitched From the Heart

Keep your fingers crossed that my computer doesn't crash.  It has been running so sloooow lately.  I've taken it apart today and cleaned inside and I am hoping that will help.  Guess I need to back it up - just in case!

How do like my new blog heading?  Those are some pictures I took last week in Sonoma.

Anyway .... I wanted to share with you a new product that Stampin' Up just released yesterday - a fabulous new framelit called Stitched Shapes.   I already have them on my wish list and will be ordering soon!  I think they are going to add a lot to our cards.  I like to do piercing around my layers but don't usually do it because it is too time consuming.  This set includes 12 dies - 4 circles, 4 squares and 4 ovals with stitching around the edges.  And to add to the fun, the coordinating stamp sets are also on sale for 25% off for the whole month of November!! 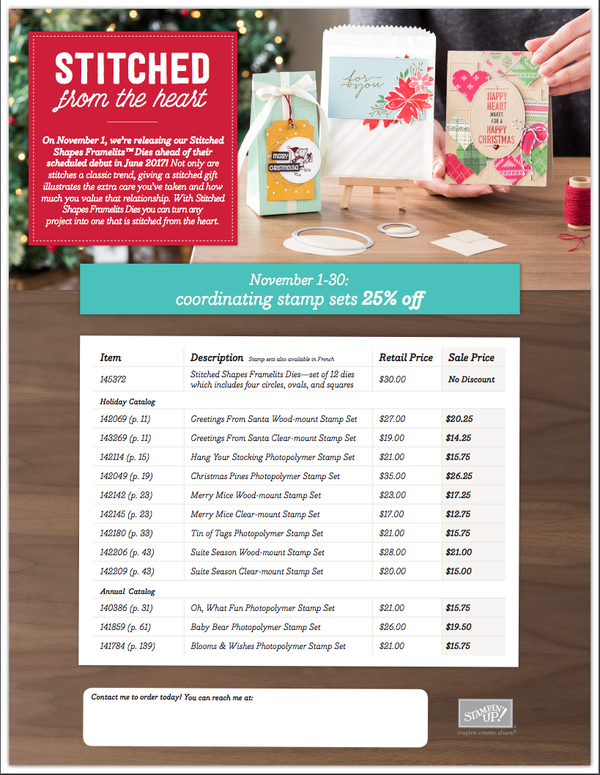 And here is a sweet video featuring the Stitched from the Heart framelits.  Notice that JOY on the mantle!  I am going to M's and look for those and decorate the letters with the stitched red circles!!


Here are a few pictures from my San Francisco trip.  Of course, most of the pictures with me in them are on Ashley's camera! 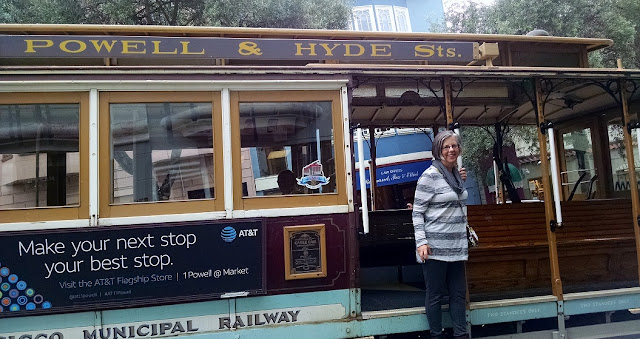 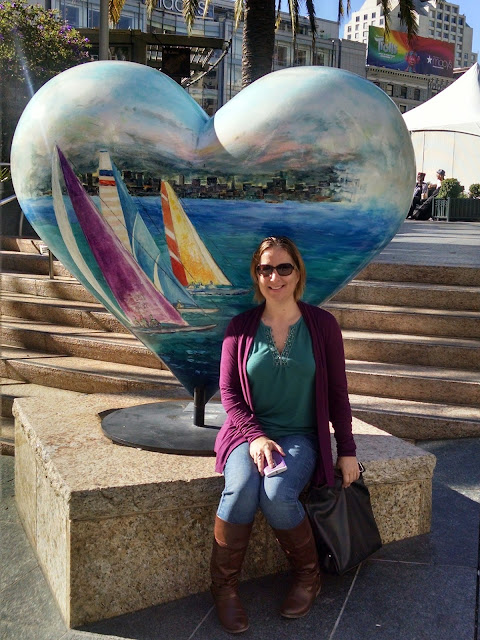 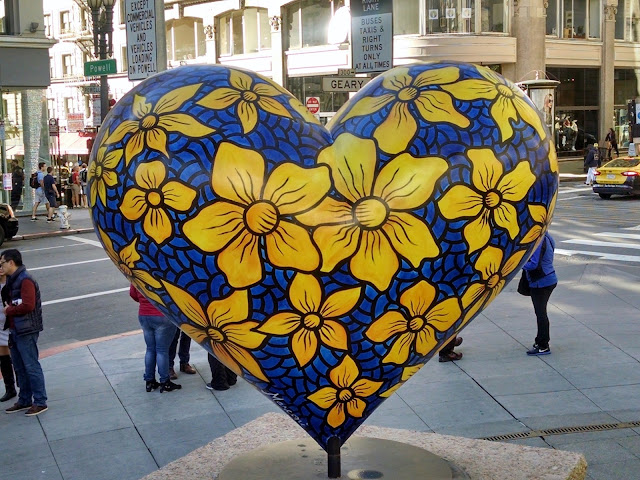 She may ride forever above the streets of San Francisco!

Where have I been you are asking!  A little bit of everywhere!  I left NC on Oct. 24 headed to San Francisco.  What a day that was!  I had a short (I thought) layover in Detroit (arrived at 11:30 for noon departure) but when I landed, I had a message that my plane was delayed a bit.  When I got to the gate, they were offering $500 in vouchers for volunteering to take the 5:30 flight to San Francisco.  No, I didn't want to leave that late.  Ha, ha!  Should have taken them up on the offer.  Was able to get on the plane around 2 p.m. - taxied away from the gate a bit only to have Traffic Control call the plane back to the gate and we all departed!  There were bad winds from the south for San Fran and some of the runways were shut down.  We ended up being able to leave around 4!  When I arrived in San Francisco and collected my luggage, I took the airport train over to the BART station which is their rapid transit system.  I had decided to take this route to the hotel instead of a $60 taxi.  Got to BART, bought my ticket ($8) and boarded the subway.  After getting seated, they announced there was a train ahead blocking the tracks so we had to get off the train and go to another one on a different set of tracks!  Finally I'm on my way on the second BART train and when I arrived at the station, I could not find my ticket (that I needed to get out of the station!)  Think I put it in my pocket and it must have dropped out when I pulled my phone out!  Thought I was going to be like the old Kingston Trio song, "Charlie on the MTA" - instead it would be - Sharon on the BART!  The song's lyrics tell of Charlie, a man who boards an MTA subway car, but then cannot get off because he does not have enough money for the exit fare.


When he got there the conductor told him,
"One more nickel."
Charlie could not get off that train.

The song goes on to say that every day Charlie's wife hands him a sandwich "as the train comes rumbling through" because he is stranded on the train.


He may ride forever
'neath the streets of Boston
He's the man who never returned.
I ended up going to the Security Office and they let me through the gate!  Ashley was waiting for me - with a sandwich (not really! but she was waiting.)


We headed off to the Marriott, Union Square, just a short 2-3 blocks away and then on to have dinner and a well deserved cocktail!

Before I started on my little adventure, we met the family at a restaurant in Huntersville on Saturday (10/22) night (my birthday) to celebrate mine, Sonny's and Greg's birthdays.  Sonny and I had just picked up my brother-in-law (Jack) from the airport and he was able to join us too.  Fun!

I'll be sharing more pictures of my trip in the next few days!