The Winner Could Be YOU!

I received some good news today from Ashley.  She may be coming home a little earlier than she thought!  Of course, with the Army nothing is written in stone so I'm not counting my chickens before they hatch!  But, she may be leaving Iraq the first of August instead of the end of the month to set up the clinic at Ft. Hood.  I've got my fingers crossed!!
Yesterday I had a really nice day.  Sonny and I started out by taking the boat out for breakfast to a restaurant on the lake.  After a little bit of a ride around, we headed for home before the lake got too crowded and the sun got too hot!!  In the afternoon Marianne and Mom came over and we went down to our neighborhood pool to "veg" out.  It was pretty warm so we ended up staying in the water most of the time but it was a lot of fun.  My mom is like a kid in water so there was a lot of splashing around and playing.  It was good for her.  One of her good friends had died the night before and this helped to get her mind off of that.  A storm came up around 5 so we headed back to my house to get dressed.  We met the rest of the family in town later for dinner.
I have made a few more cards using my retired sets - Chic Boutique and Eastern Blooms - to share with you.

I've decided to have a drawing at the end of the month for the cards I am making using retired sets.  A few of them will be used for my Monday Mailers but the rest could be sent to YOU!  Just leave me a comment and July 1, I will put all the names in a hat and draw one .... or two .... out and send them to you!! 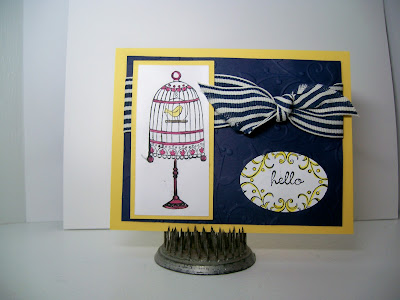 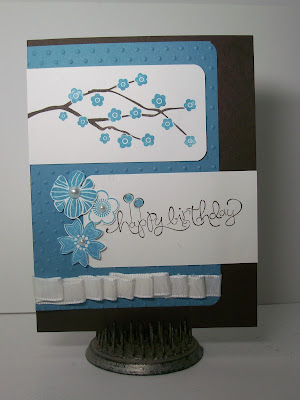 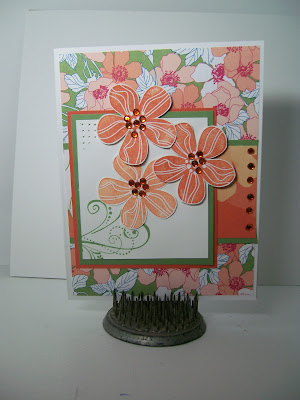 RECIPE:
Stamps:  Priceless, Eastern Blooms
PAPER:  Wild Wasabi, Tangerine Tango, Beyond the Garden DSP
Access:  Rhinestones (non SU), Mat Pack, Paper Piercing Tool
I don't know if you can tell but I've been photographing my cards in a little better light.  After I cleaned out my retiring stamps, I had an extra shelf so I set up a lightbox area in it.  Here's what it looks like: 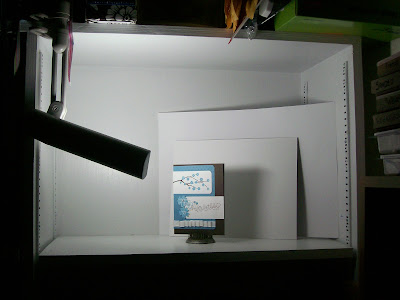 I have an Ott-Light that clamps to a table (thanks to Margaret) so I clamped it to the top of the shelf and hung it upside down to shine onto my card.  I just have cardstock behind the card but I can change it out to a dark cardstock if I need to for a white card. 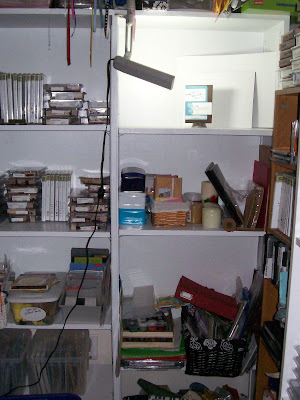 Guess I need to tack that cord up but the switch is midway down the cord and I need to be able to reach it.  So far, it's not bothering me draped down to the outlet that way. 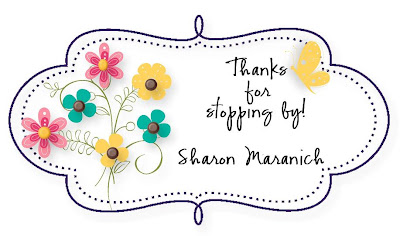 Where Does The Time Go?

Sorry - didn't realize I hadn't posted in several days!  I get to doing stuff at night and next thing I know, it's midnight.  So, I turn off the computer thinking I'll post something the next morning.  But, the next morning, I get distracted blog surfing, playing mindless games of Hearts and Spades, and who knows what else I'm doing.  Then I realize it's lunch time!   Most of the time, I just don't know where the hours in the day go.
Last Friday I joined a Newcomers group at the firehouse near me to play Hand and Foot.  I had never played before but caught on pretty quick.  The game is a version of Canasta.  I played Canasta a lot when I was a teenager in college.  Also many years ago, my sister, Debra and her husband, Jack, got hooked on playing Canasta.  Whenever the four of us were together, we spent just about every waking moment playing games - hearts, canasta, spades, Oh Hell .... you name it, we probably played it.   I have some great memories of our get-togethers and wish we could all be together just one more time.  Once when we lived in Alabama, Jack & Debbie came down (from west Texas) for their vacation.  We had a den in our basement.  I don't think we ever came out of that den the whole week except to eat and sleep.  We spent the whole week playing card games while our kids played outside or in their playroom.  It was great since our kids were the same age and sex and they got along great.  Another time, they came to Alabama and we drove to Gulf Shores for our vacation.  It rained every day that we were there except for one day when we drove to Mobile to a water park and to see some battleship.  We didn't let that rain stop our fun though.  We were camping - the adults in our pop up camper and the kids in the tent (and that's another story!!).  So every day we drove to the state park where there were covered picnic shelters.  We sat at the picnic tables playing cards while the kids played in the sand.  Whenever there was a break in the rain, we'd run down to the beach and take a swim!  Our kids still talk about that trip but mainly because we put their tent in an ant bed!!
I don't have any sneak peek items to share with you.  I actually haven't ordered anything yet.  I think I am going to wait until the catalog is released to buy any of the stamps.  So far, the ones that we can buy haven't thrilled me except for one which is a snowman one.  I may get it early so I can use it for Convention swaps.  I am also going to order the new In Color package.  But my new catalogs arrive next Wednesday!!  I am super excited.  If you are in my club or are a regular customer, I have a catalog for you.  If not, let me know that you want one and I will save one for you ($10).
I am going to concentrate in the next few weeks making cards with some of the Retiring Stamp sets.   Also, that is the theme for June's Monday Mailers - Old or New stamp sets.  There are a few of the sets that I am sad to see go - Party Hearty, Always, Pun Fun, Cheep Talk, Great Friend, Priceless, Pick a Petal.  I took a pretty good hit on stamps that are going away - lost about 25 not counting the hostess sets which I know won't return each year.  I'm anxious to see which sets from the past Mini Catalogs will make it into the new catalog.
So today I used Chic Boutique to make a couple of cards.  Wouldn't you know it - I just got this set at the Used Stamp Sale.  Luckily, I didn't pay much for it so I'll be holding on to it and using it in the future. 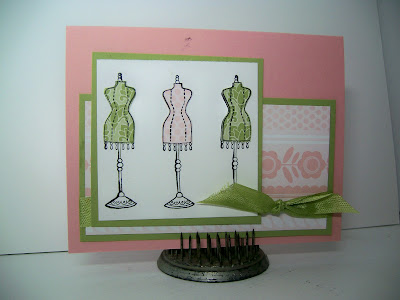 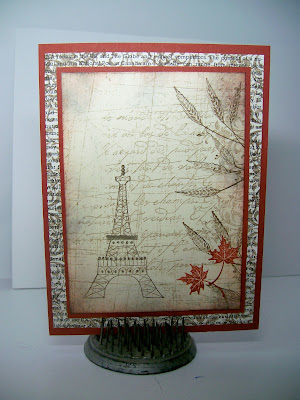